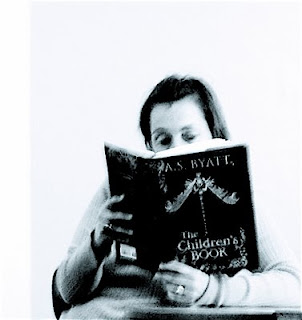 Playing Hide and Seek With the Children (photo credit: EDGO)
Your back of the book bio:

In the spirit of my mothering style I have decided to only answer every other question. (This is akin to my technique of playing entire games of Snakes and Ladders by just repeating the phrase “Could you roll for me?” And don’t even ask me about hide-and-seek.)

I identify myself first as a teacher--mainly as a way of staving off further questions. Sadly my subject area is “Creative Writing” --a term which I’ve always found unbearably fey. Sometimes I pretend to be a potter.

Will gladly disclose my age but flinch at measurements.

I like to write really bloody fast and get it over with.

Time management is one of those mothering skills that spills over into all aspects of your life. For example, I can now fill out a questionnaire at breakneck speed.

How aware are your children of your writing?

One writes with me … we’re doing a YA novel together. One writes both much faster than I do, and much more than I do. They both are conscious of my children’s books but just last year my eight-year-old found my book of short stories in a shop and came up clutching it with a look of utter betrayal. “You never told me about this!” he said. He’s the same darling boy who asked when I was writing a weekly newspaper column: “Why is your picture in the paper every week when you’re not even famous?”

Well, let’s not put Virginia in the corner – she was told she should not have children because of her condition. Anyway, these days I’m sure what she would wish for is a laptop of her own. Mine crashed this year because my film-making son had so loaded the hard drive with his projects.

When my first son was born, both he and our computer shared our bedroom. And yet there was room enough for all. Poor Virginia had no idea.

If you could go back, what would you tell your pre-children self?

Go ahead -- enjoy it while you can.

What do you think your pre-children self would tell you?

I’m bored. I’m lonely. I lack a sense of purpose.

Regrets? Only that I didn’t start having children a decade sooner and have a dozen more. Envy? One of my least favourite of the seven sins.

My sons are eight and fourteen and I suppose it’s time I found someone else to blame this haze on.

The ones I know. The ones with beautiful children and beautiful books. You know who you are.
at 06:00 2 comments:

What She Said: Karen Houle

"I wish a living could be earned by parenting. I am skilled at it, and it's a chosen profession, and I enjoy it as much as writing or teaching. But as it is, to become an Executive Parent I would still need a Sugar Daddy."

from Karen Houle's interview with rob mclennan.
at 10:35 1 comment:

Labels: Karen Houle, motherhood and writing, what she said

As you've noticed, I've been on a break. A fabulous, productive break. Spent five weeks working madly on poetry at the Banff Centre Writing Studio. It was one of those experiences that I know I will look back on and see as a turning point in my life. I worked harder and better than I ever had before and met some absolutely amazing people, some of whom I know will be a part of my life for a very long time. Once I returned I taught a weekend class at Women's Words. And now here I am, catching up on life.

First up, I wanted to let you know that the interviews will be resuming shortly, either this weekend or next. I have some fabulous women lined up--you'll have to check back to see who!

For my little chapbook giveaway, I finally drew names and the charming Brenda Schmidt will be receiving her copy in the mail sometime during the next fortnight. For those who are in Edmonton and would like to hear me read from it (and perhaps purchase their own copy), please come to the launch at Hulbert's on Sunday June 21, from 3-5.

In other news, remember my excitement about the film Who Does She Think She Is?? Well, it's finally coming to the Metro in Edmonton next weekend. Obviously, I was going to go to it, but what's even more thrilling (for me anyway), is that I have been asked to sit on a panel discussion after the Saturday matinee (1:00pm) viewing. If you're in Edmonton this weekend and at all interested in seeing this film, please do. And if you make it to the screening with the panel, please stop by and say hello.

And finally, Lisa Martin-DeMoor, a fabulous local poet, mother and reader of this blog (*wave*) is putting together what seems to me to be a much-needed and important anthology. She's put out a call for submissions and queries and I've posted it below. 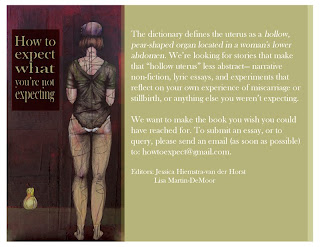 Labels: chapbook, documentary, give-away, motherhood and writing, who does she think she is
Newer Posts Older Posts Home
Subscribe to: Posts (Atom)