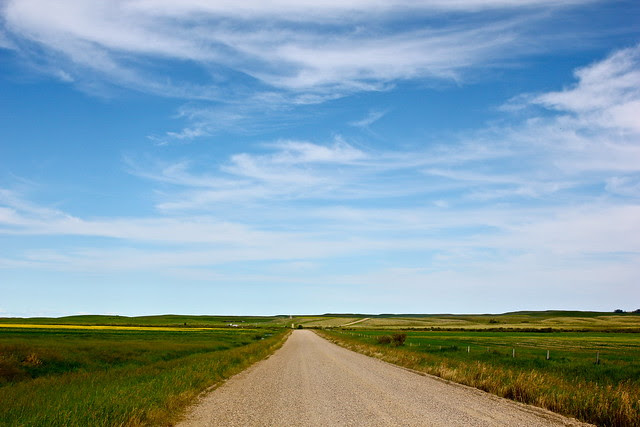 I'm writing this from the Wallace Stegner House. I had never been to Saskatchewan before, despite my husband's strong connection to the province, and I feel very lucky to have had this opportunity. I was supposed to have been here for just over three weeks, but we left as a family part-way through for a few days and returned. Then the boys left and I've been here alone for nine days. They will arrive tonight and then we leave on Saturday. Today was my last full writing day for a while.

It has been difficult being away from the boys. When I was in Banff last May, I was surrounded by peers, so if I was sad or feeling sorry for myself, I'd leave my room and force a hug on someone or share a pitcher while bemoaning the Canucks. In Banff I was lonely, but here I've been alone. For the first time I was given a glimpse of what old age might be like. Your spouse is gone, your children live far away, and you have no more friends left. It's terrible.

The people of Eastend have been lovely, especially Ethel, the amazing woman who runs the residency program (and who is also great a catching bats!). I know there are great people and experiences everywhere and that's one of the bonuses of doing a residency. But I've decided that I won't be doing one like this for some time, not when the boys are so young. All I need is a room with door and a desk. I don't need to be in another city or province, at least not right now. If I go anywhere for an extended time, it will be with my family.

The writing, however, has been great. I think I may have finally finished the final poem in my new manuscript of poetry and I have been working on a novel. It's a novel I started before I becoming a mother, but abandoned soon after I found out I was pregnant with my first child. After the foggy years in the trenches of early motherhood, I now feel like I can go back to it, but of course I'm a very different person now than I was then. It's changed completely. Some of the characters are the same, some of the themes and settings are the same, but everything else is different. Even since I've returned to it, I've had to strip it back and restart three times. Like I told my friend Laisha, I've written over 50,000 words in the last few months, but I still haven't got past 17,000 in a draft. I'm there now and I think (knock on wood) that I have finally found the story. It feels good to know that I'm on the right path.
at 20:16

I'm so excited that you're working, writing, immersed... and a novel!! I can't wait to hear about it. Maybe another supper date in October? I'm working on it. xoxo

Hi! You popped by my blog so I thought I'd drop in on yours. My social circles don't often cross with people who even read poetry, let alone write it so this is quite a nice surprise. I'm looking forward to reading more of your writing.