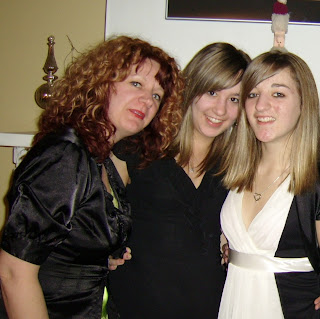 Tracy Hamon lives Regina, Saskatchewan. She is a mother, a university student currently finishing a MA in English with a creative option at the U of R, she works part time as a barber/stylist and a the coordinator for the SWG Writers/Artists Colony, and she has recently started a reading series in Regina (Vertigo Reading Series). Her poetry has appeared in numerous Canadian literary magazines including Grain, Spring, A Room of One's Own and Event as well as numerous anthologies. Recently her manuscript of poetry on Egon Schiele was shortlisted for the 2007 CBC Literary Awards, and her second manuscript, tentatively entitled Some People Eat Cars, is forthcoming with Coteau Books.

I'm the mother of two lively daughters, MacKenzie, who is 18 and in her first year at university, and 15 year old Callan, who is in grade 10. MacKenzie reads everything and anything, and in fact began to read when she was four; however, she's not doing an English degree, because she wants to make money. My youngest is more athletic than readerly, and after several years of searching, we've found the kind of books that appeal to her. Lately though I've noticed she really likes critiquing short stories in her high school English class.


Do you identify yourself as first a writer and then a mother, the other way around, or something else? Why do you think this is?

I don't know that I identify with one more than the other, although I'm aware of being a mother more when I'm trying to write, and the imaginary swinging door of my work area continually opens and closes with the ancient chant of "Mom" and all those immediate questions and interruptions. As my children age, and become increasingly more independent, I find it easier to just be me, and I guess that me is both a writer and a mother.

I suppose I have always wanted to be a writer. There was always the day dream of being an author/writer, more than about being a mother; however, I love children, and I guess I assumed I would have them when the time was right. It just so happened that they happened before my writing career. But it seems both writing and children are a tremendous amount of work.

For every one success, I've suffered five failures, so I'm not sure I know the measurements. As far as my children, I hope that I've raised them to be able to think for themselves, and most of all be able to follow the paths that will make them happy. Success as a writer could almost be analogous to success as a mother. Maybe others have found the road not so littered with garbage bins of wadded up manuscripts, poems, stories, but for me, the challenge of trying to be successful is a part of my growth as a writer and a mother.

I write whenever I can, or at least when I have some idea confusing my brain to the point where I must start to write it out. I have more time now to write now than I did when the kids were small, when I led a somewhat nocturnal life, writing poems late into night's cavernous mouth, but I have trouble trying to force myself to write. I need an image or the idea of an image to get me going on a poem, and a really interesting idea plotted out to get me started on a story.

Has becoming a mother changed how you write? What you write? If so, in what ways?

As a teenager, I wrote stories, poems, plays, and even newspaper stories for high school, but my academic career, and writing career, was deferred as I focused on experiencing life and the world for awhile. I began writing after my first daughter was born, and I took an extension class at the University of Regina with Dave Margoshes. The class helped to convince me that I still wanted to write. Shortly after, I became a mother for the second time, and again put my writing on hold, but a hold with a plan. I decided that when my children were both in school, I would go back to university to finish my degree. And I did. While I was working full time, and mothering full time, I found myself making up for lost time, and I began to write. 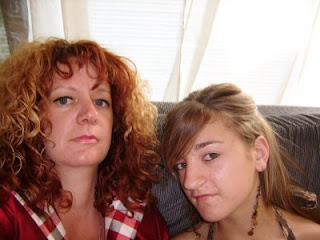 How aware are your children of your writing?

My children are very aware of my writing, although they don't quite comprehend the time it takes to write. They do love coming to launches, readings, and literary events, as long as I don't read anything they find embarrassing. They have great potential to be miniature marketing machines. 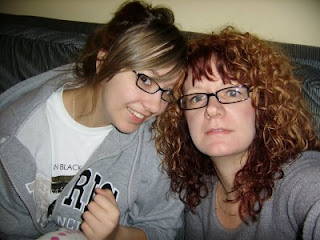 A room is never big enough, particularly the bathroom. No matter which room I'm in, they're calling for me, or knocking for me. I like to retreat away from the home when I need uninterrupted space and time. The space provided by the Saskatchewan Writers Guild retreat at St. Peter's Abbey allows me the quiet environment to focus on editing and writing without interruptions, without having to cook, or clean, or answer to the name of Mom. Luckily, I'm now the coordinator for the retreats/colonies, and can get away more often, which has really helped my writing process.

If you could go back, what would you tell your pre-children self?

Nothing, as I'm not very good at listening to myself anyway.

What do you think your pre-child(ren) self would tell you?

Slow down. Of course, as I said earlier, I'm not good at listening to myself.

No regrets, although I wonder sometimes how I managed to do everything.

It's an interesting metaphor, early motherhood as a haze. I think I've become too far removed from those years to remember them well. For me, the haze came after and now I wonder how I raised my children when I can't find one word that suits a line in a small poem. How did I manage?

Way off. At least with childbirth, the pain is gone as soon as the baby is born. And it's not so with writing. It's rather a love/hate relationship trying to produce a book, and I find I'm continually shaping the poems until the last minute, and sometimes after the book is out. Perhaps the metaphor should be more like being a mother, than just the birth. Mothering is like writing in that we continue to look out for our book, even after it has left the womb, and the house.

I admire all mothers that write, but Carol Shields is one writer/mother that always seemed real to me. Her family was important and an integral part of her life. As well, after reading most of Margaret Laurence's books, I think she's an important mother/writer in that she sacrificed so much to be a writer. I admire them for their tenacity to keep writing while being bombarded with the joys/perils of motherhood and for their amazing writing.
at 06:00

Great interview! Love the pics, too.

I concur - excellent. Looking forward to your forthcoming book Tracy!

Thanks Marita, for the interview. It was interesting to work through some of the questions.

And thanks to everyone who read it and commented!

Tracy, it's so much easier asking the questions than answering. Thank you for taking the time to do so.